Villa Bliss offers a relaxing and rejuvenating experience during your stay in one of the most beautiful and picturesque cities in Greece, as well as an important historic place where different civilizations have flourished throughout the centuries.

Villa Bliss is a classified first class traditional Cretan two-storey house located just a short ride away from the heart of Chania, surrounded by some of the most beautiful beaches the city has to offer, as well archaeological sites and other places of historical importance.

With its 200 square meters in a yard of 2 acres, villa Bliss offers
everything you need for a blissful holiday experience.

The interior of the villa is comprised of three cozy bedrooms, three luxurious bathrooms, a spacious living room, a fully-equipped kitchen, along with a big veranda on the upper floor, overlooking the swimming pool and the lavish gardens.

The villa is elegantly decorated with old, rare, old-fashion Cretan furniture, specially constructed by selected Greek carpenters and craftsmen to resemble the furniture common of the era the house was originally constructed in.

The indoor temperature of the villa is steady throughout the year, due to the thickness of its rocky walls and its well insulated wooden doors and windows. However, air-conditioning is available in the bigger rooms, along with two fireplaces, one in the living room, and another in one of the bedrooms.

The villa’s devices and appliances are all modern, offering wireless internet, three digital satellite television sets, as well as telephone that can be used in case of emergency.

The exterior of the villa is comprised of a beautiful garden, a large swimming pool, a two baths, two changing rooms, sun beds, umbrellas, a sitting room, a children’s playground, a bar, a fully equipped barbecue, as well as tables and chairs under a pergola ideal for romantic dinners under the stars, and is fenced all around with bamboo to achieve privacy.

The backyard has impressive old pine trees, fig trees, olive trees, cactus plants, Cretan herbs, lawn and a colorful flower garden that can be explored through small paved paths, along with an organic fruit and a vegetable garden for the pleasure of the guests.

In the front side of the villa is free parking space for two cars, with a bus stop right next to it, connecting the villa to the city center of Chania on a regular basis. 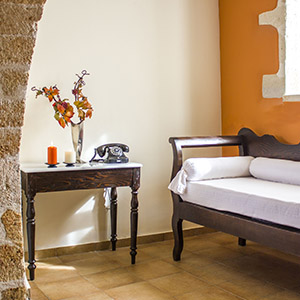 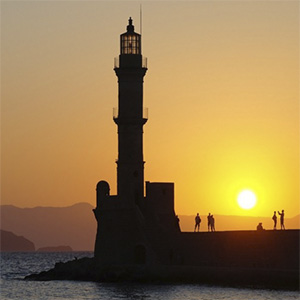 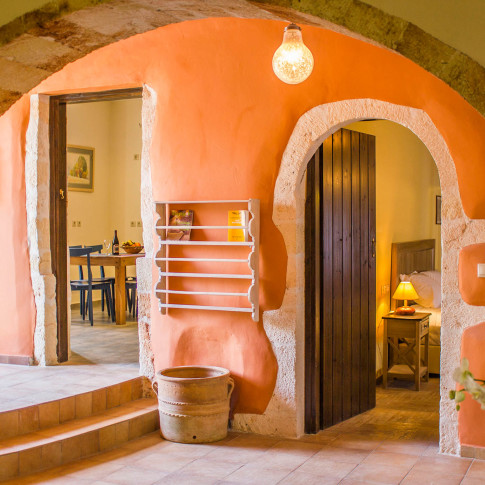 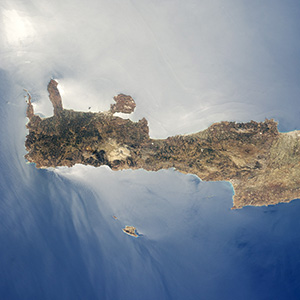 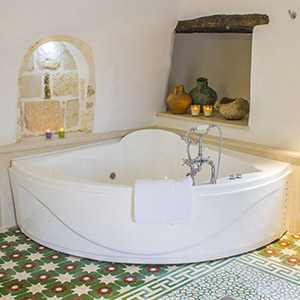 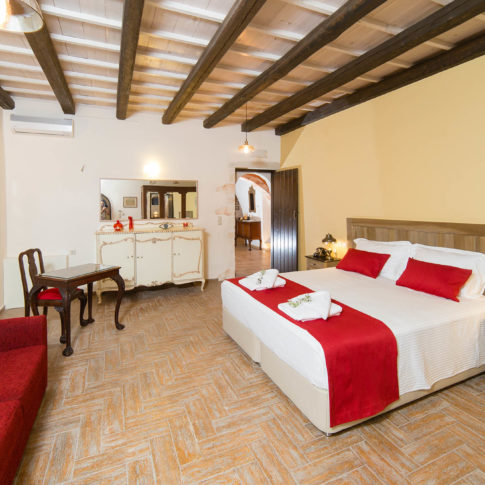